The American Theatre Organ Society Awards Committee announced its 2021 Awards of Distinction at the Unconventional Convention in July.

The Hall of Fame award is “presented annually to persons who have been loyal supporters of the American Theatre Organ Society. Throughout their lifetime, these individuals have shown dedication to the preservation of the theatre organ, and their contributions over the years have enhanced the public interest in the theatre organ.” The winners, selected from member nominations, are truly deserving of this honor.

Harold Wright
Harold has been a member of ATOS since 1969, and has worked on numerous organs as part of the Western Reserve ATOS Chapter. He has given his time, money, and talents to maintaining and preserving the Wurlitzer at Gray’s Armory in Cleveland, Ohio. He has also served as a board member and concert coordinator of WRATOS.

Member of the Year

William (Bill) Webber IV
Bill is past president, and currently serves as vice-president of the Bluegrass Chapter of ATOS. He is also a member of the Piedmont Chapter, the Central Indiana Chapter, and The St. Louis Theatre Organ Society. He has served the Bluegrass Chapter with his writing, communication skills, fundraising expertise, musical talent, and energy. His article on the theatre organ in West Virginia appeared in the October 2020 journal, and he is working as a consultant with the Bluefield Preservation Society to restore and reinstall the original Wurlitzer in the Granada Theatre.

Organist of the Year

This award is presented annually to an outstanding organist who is currently active in the theatre organ art form through live performances and recordings. Recipients must have been publicly active for five or more years in the theatre organ field.
Brett Valliant
Brett’s professional career began at age 11, and by the age of 15 he was playing concerts around the United States. Since then Brett has appeared in Europe, Canada, Australia, and New Zealand. Additionally, in the U.S. Brett has performed for the American Film Institute, as well as conventions of the American Theatre Organ Society (ATOS) and the American Guild of Organists (AGO). After years of filling in for Charlie and Lew at Organ Stop, Brett happily joined the Organ Stop musical staff in 2015. 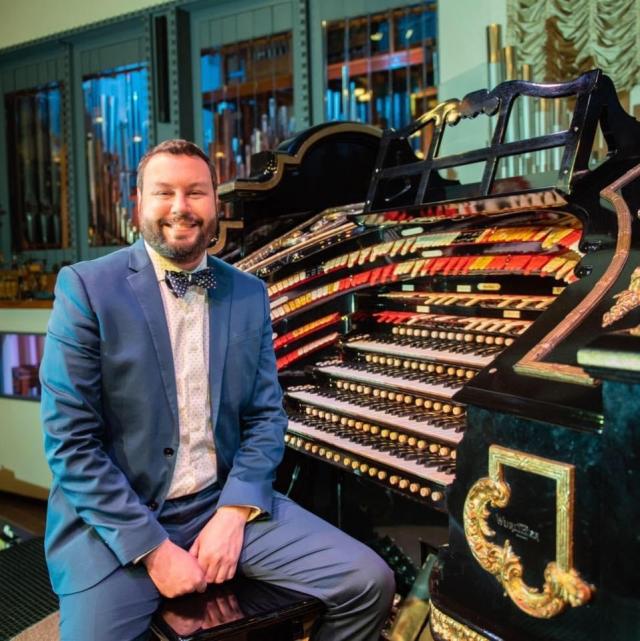 Brett Valliant
2021 Organist of the Year