While the rumor-mill now runs 24/7 thanks to Facebook, Twitter and much more on social media, it is indeed often based on rumor which is often as far removed from fact as the motor oil known as margarine is from butter. And in the world of ATOS, do we LOVE rumors!

Let’s focus on one particular theatre pipe organ. If one believes what has been on Facebook and throughout “our world” over the past couple of years, this organ suffers horribly from dead notes; filthy chambers with pipes askew and laying on the floor; console locked away in a closet and seldom played; and in generally terrible condition.

A first-hand visit tells an entirely different story, and once again suggests “Reader Beware” when visiting the rumor mill.

The organ in question? Shea’s Buffalo Theatre’s spectacular Wurlitzer. It will be featured at the 2019 ATOS Annual Convention, hosted by the Rochester Theatre Organ Society. Since I was going to be in the area to perform at the Riviera Theatre in North Tonawanda, working with RTOS’ Russ Shaner and Paul Law who are co-chairs of the convention, we arranged an afternoon in an empty theatre with that glorious organ.

Russ Shaner has already posted some updates on Facebook. Allow me to offer some actual, real FACTS about what we found:

Shea’s management, including new President Michael Murphy and COO Robert Brunschmid were in attendance, Murphy spending more than an hour with us to discuss the organ. Understand something else that needs correcting. This instrument does not sit in a closet. More than 80 times a year, the organ is heard by audiences prior to Shea’s Broadway shows, and for other special events. That is a commitment from management ATOS wishes was omnipresent at our major theatres.

More than that, Mr. Murphy and Mr. Brunschmidt are aware that the organ needs attention, and discussions about step-by-step repairs and upgrades are underway.
The short-term needs to have the organ fully concert-ready for the 2019 convention will take priority so that not only will that spectacularly distinctive sound emanate from those glorious chambers, the artists will have a fine functioning console with which to make music.

I hope that answers those erroneous rumors about Shea’s Buffalo and its singular Wurlitzer. Next issue, I’ll address the ridiculously hilarious rumors about the Atlanta Fox and Mighty Mo. 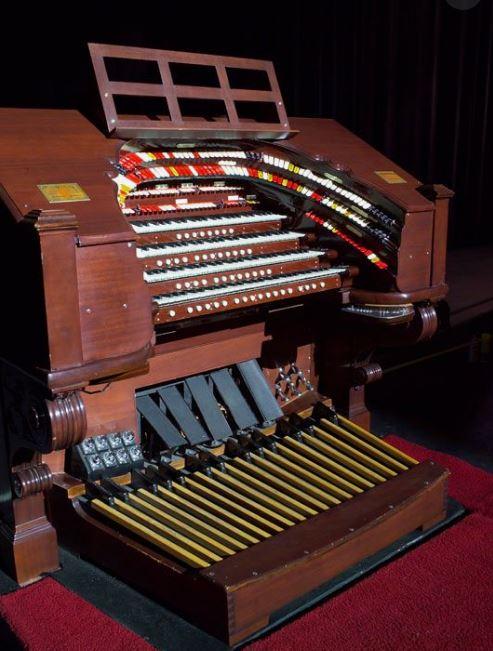