Alex Jones was named overall winner of the 2017 Youth Theatre Organ Competition, after performing with the other finalists at the 2017 ATOS National Convention in Florida.
Originally from London, Alex is currently studying for a Masters in Organ Performance Literature at the Eastman School of Music in Rochester, New York in the studio of Prof. Edoardo Bellotti.

In 2009, he gained a scholarship place to study at Chetham’s School of Music in Manchester, UK and was junior organ scholar at Manchester Cathedral. Whilst in Manchester, he performed in the Cathedral’s concert series and made several appearances at the Bridgewater Hall and Royal Northern College of Music as a soloist and alongside the Chetham’s Symphony Orchestra.

He recently graduated from Birmingham Conservatoire, UK. In 2013, he was awarded the Anne & Don Smith Memorial Organ Scholarship to Birmingham Symphony Hall and became an “Artist in Residence”. During this tenure, he collaborated alongside a wide variety of artists and has been responsible for curating the hall’s superb Klais organ. In 2014, he was awarded the organ department Recital Prize for Outstanding Performance. He was also awarded a grant from the Birmingham Organists Association Leonard Gibbons’ Fund to aid with the completion of a new transcription for organ of Mussorgsky’s “Pictures at an Exhibition”.

More recent activities have included a week-long concert tour of Holland featuring performances at the Grote Kerk in Zwolle and the Eindhoven Muzeiksaal. He has also performed in major UK venues including St. Paul’s Cathedral, Royal Festival Hall, Westminster Central Hall and St. John Smith Square, London and in other cathedrals around the UK. He appeared as a guest speaker at Southbank Centre’s “Pulling out the Stops” festival celebrating the re-inauguration of the Royal Festival Hall organ. He has also recently given performances in Rochester as part of the EROI 2016 Festival and made his debut as a theatre organist performing at the Auditorium Theater.

In 2017, he was awarded the Runner-Up Prize at the West Chester University International Organ Competition and has received numerous scholarships and donations toward his further studies in the US.

Alex currently holds the position of Organist at the Greek Orthodox Church of the Annunciation in Rochester, NY. 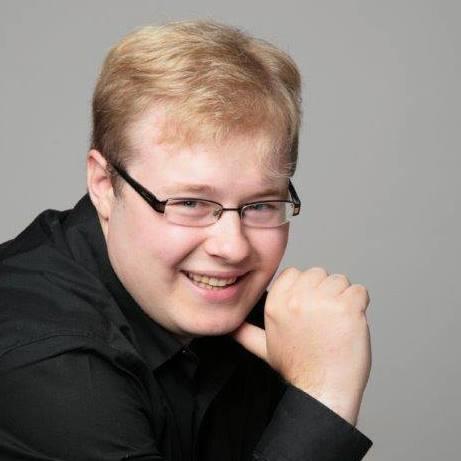