Born in 1998 and based out of the Chicagoland area, Nick Renkosik is a nationally acclaimed young organist that has performed at such venues as Sanfilippo’s Place De La Musique in Barrington Hills, IL; the Oriental and Riverside Theatres in Milwaukee, WI; the Coronado Theatre in Rockford, IL; Allen Organs of Chicago in Bolingbrook, IL; the Rialto Theatre in Joliet, IL; the Tampa Theatre in Tampa, FL; the Fox Theatre in St. Louis, MO; Carma (Carmex) Laboratories in Franklin, WI; and the Nethercutt Collection in Sylmar, CA.

Nick also competed in the 2017 American Theatre Organ Society's Young Organist's Competition in Tampa, FL, and was placed as a runner up.

When he is not performing in a solo setting, Nick is an organist/accompanist on staff at several churches in Northern Illinois. He has also appeared as a guest organist at the Oriental Theatre in Milwaukee, WI, for the annual Milwaukee Film Festival. 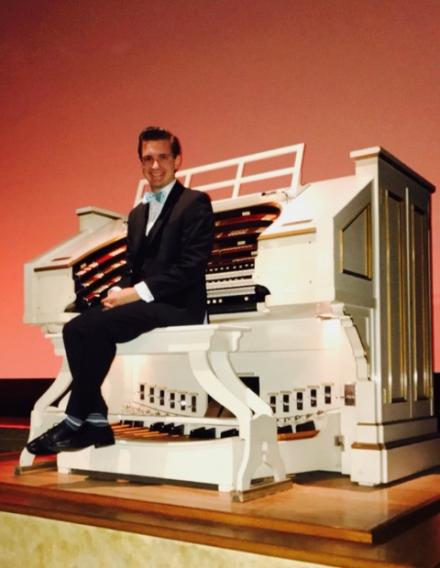