Joe Patten, also known as the “Phantom of the Fox” and a person often singled out as the key individual in the effort to save the Atlanta Fox Theatre, died Thursday in Atlanta, Georgia. Mr. Patten had recently suffered a massive stroke, and had been hospitalized.

Born in Lakeland, Florida in 1927, Joe Patten grew up with a love of fast cars and theatre pipe organs. He moved to Atlanta and worked for Westinghouse. In the early 1960’s, he convinced Fox Theatre management to allow him and a small crew to restore the Fox Theatre’s Moller pipe organ. That interest led to his starting the restoration of many parts of the theatre.

Named the Technical Director, a position he held for some 30 years, he eventually refurbished office space in the theatre into an apartment, which was home until he died.

This arrangement proved helpful as not once, but twice, he was on site when fires broke out in the theatre. He was able to sound the alarm and keep damage to a minimum. One story is told that he was directing the firefighters to aim the water away from the pipe chambers to limit damage to the pipe organ.

At the 2013 ATOS Convention, Joe Patten was honored with the very first ATOS Pioneer Award, honoring those who were among the first to save not only significant instruments, but also the theatres in which they are housed.

Mr. Patten was a founding member of Atlanta Landmarks. His legacy is the joy experienced by the millions who have and will attend events at the great theatre he saved. Joe Patten was 89 years old. 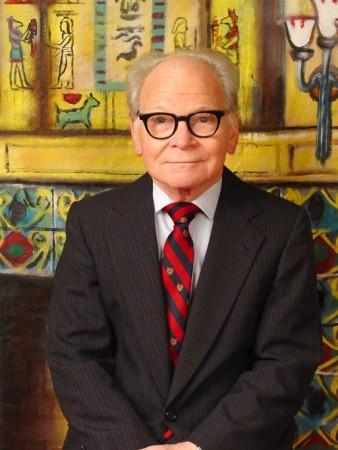