Convention a SMASH! It Truly Was SOMETHING BIG!

My goodness, what a week in Philadelphia and surrounding areas.

Bob Dilworth and his Convention Committee are to be congratulated for staging one of the more memorable ATOS Annual Conventions in a long time.

I hope you have had a chance to read the musings of Josh Dill, the new ATOS Youth Representative to the Board. His daily reports were beautifully written and captured the essence of each day’s activities.

The Wurlitzer at the Colonial proved to be a most worthy replacement for its predecessor, and was played with brilliance and energy by Mark Herman. Thanks to TOSDV, Wayne Zimmerman, Jack Serdy, Grahame Davis and Walt Strony, and all who made that concert, and the Young Theatre Organists Competition great highlights.

John Baratta at the Grand in East Greenville; Don Kinnier at the Broadway in Pitman; Dick Smith at the United States organ at the Sunnybrook Ballroom; simply every one who had their mitts on an organ played magnificently for the convention.

There will be further reports in the coming days, and a complete review of the activities in the September-October issue of Theatre Organ.

It was a great convention, and now let the countdown to Cleveland and the Western Reserve convention begin!

You can read more about the 2015 ATOS Convention in Philadelphia with reporting by Josh Dill with photos by Richard Neidich. 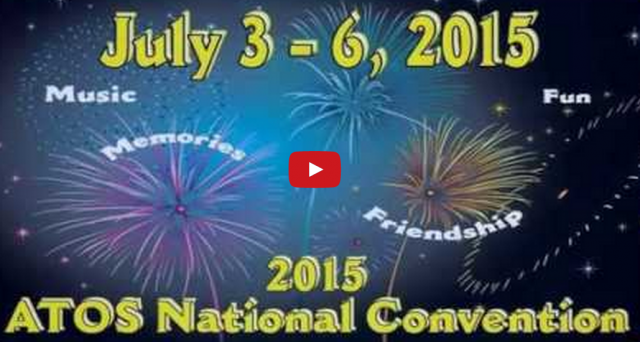