Wurlitzer Opus 1984 was shipped from the Wurlitzer factory in North Tonawanda on June 30,1928. Designated a Publix #4, with 26 ranks, it was crafted to deliver the same tonal effect as the 4/36 Wurlitzer in the Times Square Paramount but at lower cost. The organ was opened by Henry Murtagh. He played the then popular ballad, The Stars Are The Windows Of Heaven, while the Wilfred color lighting system changed the color of the entire theatre to a deep purple. Then Murtagh presented A Trip Thru The Organ – a feature that many organists depended on in those days when an instrument made its debut. Since then such console stars as Mr. & Mrs. Jesse Crawford (for whom a second "slave" console was added), Stuart Barrie, Don Baker, Elsie Thomson, Dick Leibert, and Bob Mack have been featured. Gymnastic equipment now sits on the stage where Rudy Vallee, Maria Gamberelli, Ginger Rogers and Nancy Carroll once played, but the organ – with half an acre of plush seats and several miles of heavy brocade draperies removed – sounds out now like it never did before. 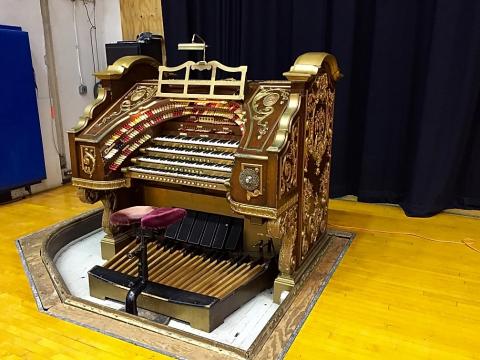 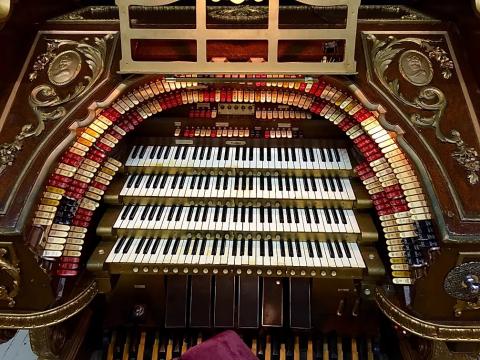