This historic original-installation instrument is owned and maintained by the Motor City Theatre Organ Society. This marvelous instrument was built by the Bartola Musical Instrument Co. of Oshkosh, Wisconsin. Although the Wurlitzer company is the most famous name in theatre pipe organs, the Bartola Company was a major producer of theatre pipe organs. The sound qualities of organs from various manufacturers were different. The distinctive Barton sound gave these instruments the nickname of "Golden-Voiced Bartons." Barton organs were installed in many theatres, especially in the midwest. Sadly, very few remain in their original venues.

Detroit had many Barton installations, but now has only this one in its original setting. The Redford's Barton was installed for the opening of the theatre in 1928. Since that time, the organ has remained virtually unchanged. MCTOS has added a piano and a 16'; extension to the tuba. The original pneumatically operated relay and combination action are still fully functional. Quite an accomplishment for an 80 year old music machine. How long can our Barton organ last? As long as there are trees to make wood, cows to provide leather, mines that produce copper for wire and people who can fashion parts from these materials, the organ can be kept in playing condition. The organ is used regularly to provide overture and intermission music during our classic movie series as well as for silent films and special events. The excellent condition of the instrument along with its extremely pleasing sound has earned it an award from the ATOS as an exceptional example of a theatre pipe organ. 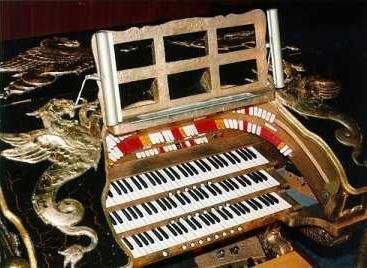 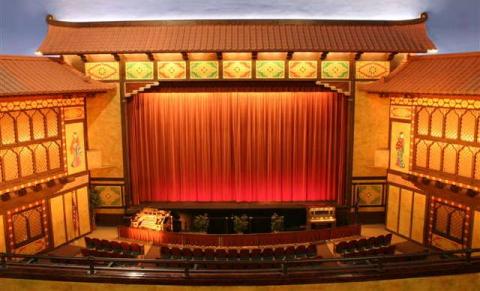