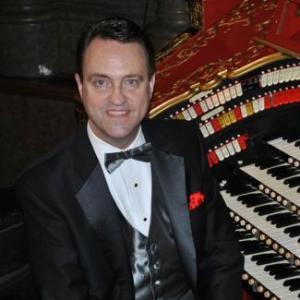 GOOD LUCK AT THE TROXY, AT THE ST. LOUIS FOX, AND EVERYWHERE ELSE!

As I write this from hot, humid, rainy Atlanta, I realize I shouldn’t complain. I heard on this morning’s news that some parts of California are literally sinking because so much water is being pumped out of the ground, and this never-ending drought is not offering any rainwater to replenish the supply. Difficult to imagine save for those who remember the Dust Bowl!

Big events coming. Our friends in Great Britain have perhaps the most exciting premiere of a new theatre organ installation since the heady days of the 20’s and 30’s. The former Trocadero Wurlitzer – the largest Wurlitzer shipped to England – opens in its new home at the Troxy, and we are exited for all across the pond.

Years of fund raising and hard work; wonderful cooperation with grand management and ownership; and a headlining opening night featuring Robert Wolfe and Richard Hills; it is sure to be a sensational night, and we offer the “break a leg” greeting that suits all show business.

Meanwhile, in St. Louis, Jack Moelmann will be putting on his big show at the Fox, with Walt Strony and Lew Williams sharing the bill and the bench of that great 4/36 Wurlitzer. The concert will honor the memory of the great Stan Kann, a true St. Louis legend for his years at the Fox, his fame on radio and television, and his career as a comedian built around his hilarious antics with the antique vacuum cleaners. We hope it’s a huge crowd at the Fox for this great event!

This coming Tuesday night at 8:30 Eastern Time, ATOS will be hosting its second Chapter Leaders Conference Call. The initial call last month found some 26 chapters represented with a myriad of topics discussed. For chapter leaders – if you were not on the call or did not receive the notice for the Go To Meeting computer connection – contact me at k.double [at] atos.org or feel free to phone at 404-790-5400, and we will be sure to add you to the list. I will be hosting again, and as last time, we will have a couple of topics from ATOS, and then open the floor for questions and topics from the chapter representatives. If you are a chapter officer – President/Chairman, Vice President/Vice Chairman, Secretary or Treasurer – you are welcomed to be on the call with us. ATOS Chairman Michael Fellenzer will join us on the call.

The major committees at work post-retreat are continuing their efforts. Mark Renwick is providing a tremendous amount of assistance in his role as Interim Operations Manager. Treasurer Lee Lanier and new Financial Administrator Norma Smith have begun their work on several ATOS financial matters. There will be much to announce soon on several fronts, including Communications, Finance and Bylaws.

Meanwhile, Mike Bryant and Don Feely, along with Graphic Designer Dannielle Stark have just completed production of the “toughest” journal of the year – the Convention Review Issue.
In the old days, we did not see the convention review until November – well after the fact.
Now, with a lot of burning of the midnight oil, our editors manage to get the convention review completed in record time to hit the September newsstands – or your mailboxes as the case may be - and it will be terrific after that wonderful Philadelphia/DTOS event.

Finally, the convention CD production is ongoing and near complete. This is for BOTH the much-delayed Indianapolis recording; and the new Philadelphia recording. This is one of the areas that Mark Renwick jumped into and wrestled into submission – positively! You will know more officially on this in the next few weeks.

Personally, I have had the privilege of performing on the Atlanta Fox’s Mighty Mo for a “Legends” event, honoring the great pipe organ as part of the Fox’s celebration of the 40th Anniversary of the Saving of the Fox – a summer long festival of events.

The Atlanta chapter played host recently to young Justin LaVoie, and his sparkling concerts at the Rylander Moller organ in Americus, and at the annual Bucky Reddish Birthday Bash were sensational. His Monday morning visit to Mighty Mo prior to his departure was equally as thrilling. It’s fun when we can sneak in to the great theatre and give Mo a whirl with a visiting artist. Sometimes the schedule allows, sometimes not, but when it does, it’s awesome.

I hope you are enjoying great theatre organ wherever you are!! Will look forward to a Tuesday meeting with our chapter reps, and with a visit with you all again soon!