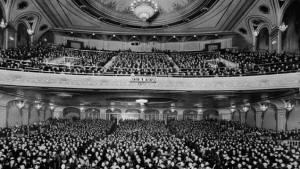 Constructed in 1904 as the Franklin Square Theater, the building on Southbridge Street in downtown Worcester, Massachusetts has been the mainstay of community life for more than a century. It was purchased in 1914 by Sylvester A. Poli of New Haven, Connecticut, who owned a successful chain of theaters.

In 1925, Mr. Poli hired Thomas W. Lamb, one of the world's leading theatre architects, to make major additions and alterations to the building. Lamb designed a 3,000-seat theatre, decorated with ornately painted plasterwork, marbleized columns, and many elaborate furnishings. It offered its early patrons mirrored walls, a grand staircase, a large chandelier and a two-story lobby. Renamed the Fox-Poli Palace Theatre, at the time it was considered one of the most beautiful theaters in New England. Later taken over by the Loew's chain, in 1967 it was acquired by National Amusements (Showcase Cinemas). In the 1960s the theatre was converted to a four-screen movie house. This overhaul required major interior alterations, including the removal of the stage, proscenium wall, upper seating boxes, balcony seating and theatre seats—then dividing the space into four smaller cinemas. Three decades later, the building was closed and abandoned for a decade. 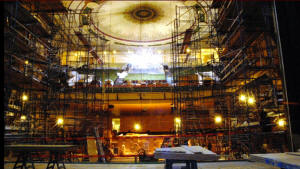 In 2002, ownership of the theatre was transferred to the Worcester Center for the Performing Arts, Inc., the first step in a successful public-private partnership that ultimately secured $31 million to renovate the theatre. The project required a skilled design team and an army of artisans to restore the 1904 façade and surviving interiors while installing modern systems and amenities. Working largely from historic photographs, the design and construction team carefully restored major lost features while adding a state-of-the-art lighting and sound system and stunning new glass pavilion. The theater also received another facelift with a new name: Hanover Theater. 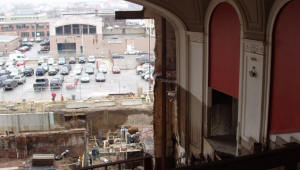 Since the theatre’s grand reopening in 2008, more than 350,000 patrons have attended events and more than 7,000 have joined as subscribers or members. The new theatre has hosted hundreds of performances, reinvigorated Worcester’s cultural scene and enlivened the surrounding neighborhood. 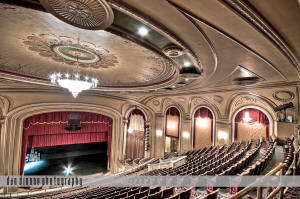 “The Hanover Theatre for the Performing Arts is an architectural and community treasure,” said Stephanie Meeks, president of the National Trust for Historic Preservation.  “A catalyst for the economic revitalization of the city and central Massachusetts, the theatre’s renovation is a textbook case on how to bring a building – and a neighborhood – back to life.”