The 4/22 theatre organ in David Shepherd’s home in Holbeach, UK comprises the Compton console from the Paramount Theatre in Tottenham Court Road, London; mostly Compton mechanical equipment; and a foundation of 10 Compton ranks from various sources, with added ranks by Kimball, Wurlitzer and others. The instrument also features a rare working example of a Compton Melotone. The Paramount, Tottenham Court Road organ was originally a 4/11 Compton and was opened in 1936 by Reginald Foort, who recorded it both solo and with Anton and the Paramount Orchestra. The Paramount was the third largest cinema in London’s West End theatre district, after the Empire and Dominion Theatres.
The Compton Melotone
The Melotone was an early form of electronic tone generator, fitted to around 70 Compton theatre organs from 1935 until 1939. The Melotone uses rotating discs (bass and treble) to generate tones electrostatically.The basic timbre is a modified sine wave, made available at selected pitches (usually 8′, 4′, 2 2/3′ and 2′), mainly in the Solo division of a typical three-manual instrument. Additional solo voices (Krumhorn, Cor Anglais, Musette, Carillon) are created using compound pitches including high fractional pitches, and there are Echo and Vibrato controls.When well regulated and with the Vibrato set appropriately, the sound integrates well into the overall organ ensemble, and no doubt created a sensation when first introduced. The Melotone was a valuable additional tonal resource on smaller organs in particular and, in a tight residence acoustic such as that in David Shepherd’s home, acts as a tonal ‘expander’, the slight echo adding breadth and spaciousness to the ensemble.

Simon Gledhill was born in Halifax, UK and showed a keen interest in music from an early age. He began learning to play the piano accordion at age six and continued with that instrument for 11 years, winning several competitions along the way. When he was 10, his parents purchased a small electronic organ. After initially teaching himself to play it, he began formal studies with a local teacher, Michael Woodhead, who also gave him tuition in classical organ and piano. Simon's first experience of the theatre pipe organ was hearing Ernest Broadbent play the Wurlitzer at Blackpool's Tower Ballroom. He subsequently discovered that a local, privately-owned instrument could be hired out by the hour, and began making weekly practice visits. In 1982 he entered and won the Northern Young Theatre Organist of the Year competition. Nigel Ogden, presenter of BBC Radio 2’s The Organist Entertains, was in the audience, and invited him to make some recordings for the programme on the BBC Theatre Organ. The broadcasts resulted in a flurry of concert offers, and Simon has since performed at all the major theatre organ venues in Britain, as well as touring in Europe, Australia, New Zealand and North America. He has made many recordings and appeared frequently at ATOS Conventions, being named ATOS Organist of the Year in 1997 and inducted into the ATOS Hall of Fame in 2015. Simon combines his concert and recording activities with work for the Cinema Organ Society and a full-time career in finance, based in London.

Richard Hills is one of the very few musicians truly to have bridged and mastered the divide between the worlds of the classical organ and the theatre organ. Having commenced classical organ studies under William Whitehead at Rochester Cathedral, he became Organ Scholar at Exeter College Oxford, studying with David Sanger. Further organ scholarships followed at Portsmouth Cathedral, where he studied with Rosemary Field, and at Westminster Abbey in London. Richard now pursues a freelance career and is Organist at St Mary’s Church, Bourne Street, London. His career in the theatre organ world has been equally prestigious. He has numerous prizes and awards to his credit in both the UK and the USA, where he was named ATOS Organist of the Year in 2010. He has appeared many times on national and international TV and Radio, including solo appearances on programmes as diverse as BBC Radio 3’s Choral Evensong and Radio 2’s Friday Night is Music Night, and has several recording credits. His most recent solo recording was made at the Embassy Theatre in Fort Wayne, IN. When not on the bench, Richard serves as Musical Advisor to the Cinema Organ Society and maintains a practical interest in organ building.
4/22 Compton Specs

Bonus Video(s)
Simon and David Bonus Interview including an inside look at the Melotone
<<< Prev: Preview for San Diego
RETURN TO: Convention Schedule 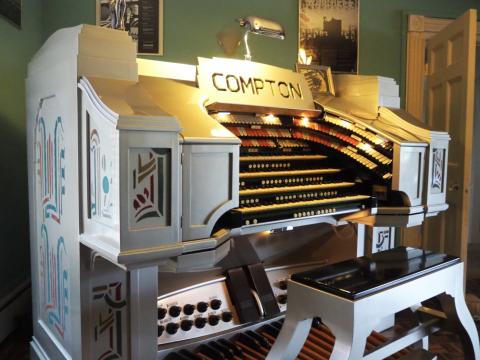 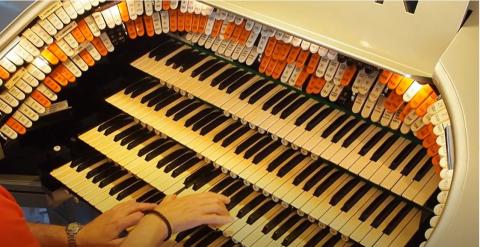 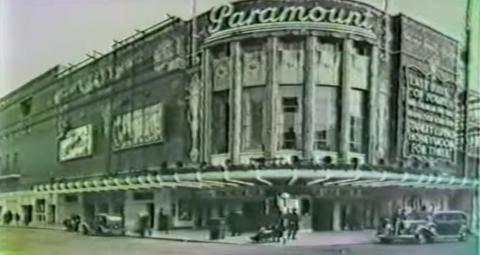 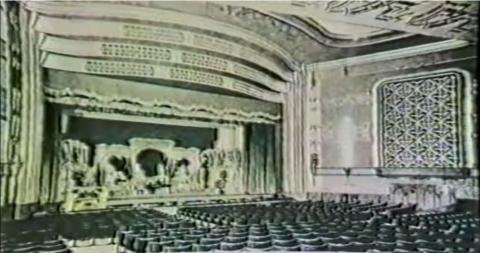 Paramount Interior with the Compton Organ 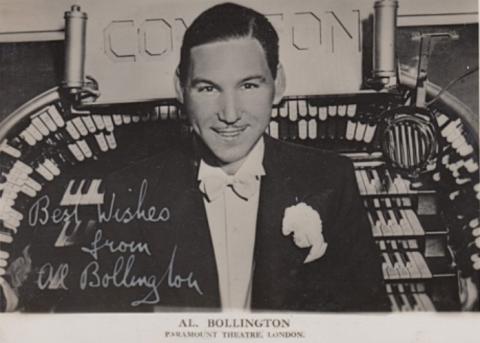 Original 1939 postcard from the theatre with organist Al Bollington 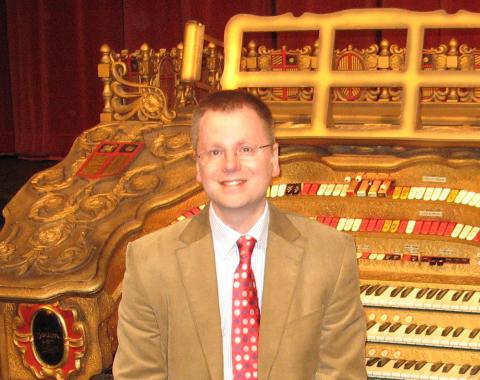 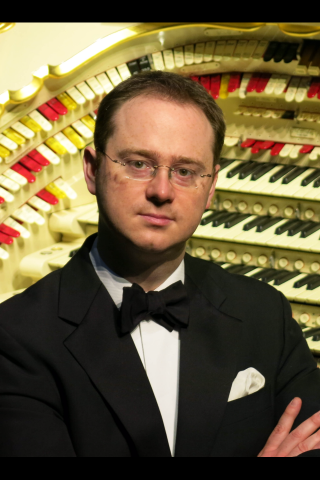 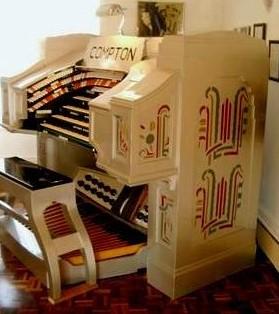