Organ Piper Pizza, one of the three remaining "Pizza & Pipes" style restaurants, is located in Greenfield, Wisconsin, just outside of Milwaukee, The organ is a 3/30 mostly Wurlitzer, with Kimball ranks as well. The console was originally built for the Seneca Theatre in Buffalo, New York. It has had several homes, most recently of which was the Avalon Theatre in Milwaukee.
Zach Frame is the resident organist at Organ Piper Pizza, where he can heard almost nightly. Zach owes his interest in the theater pipe organ to his parents, and also to a visit to Organ Piper Pizza when he was 5 years old (in 1992). In addition to performing, Zach is a pipe organ technician and maintains the Organ Piper's Mighty Wurlitzer; he also has his own theater pipe organ which he is in the process of restoring. Zach has a degree in Recording Technology from McNally Smith College of Music in St. Paul, MN. He and his wife, Emily, reside in East Troy, WI, where he is also an active volunteer at the East Troy Railroad Museum. Talented in audio and visual work, he is editing and compiling all of the concerts for the Unconventional Convention.
3/30 Wurlitzer Console Specs 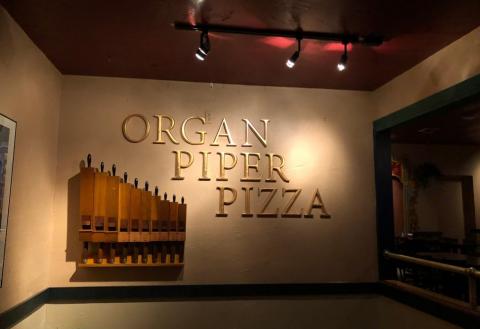 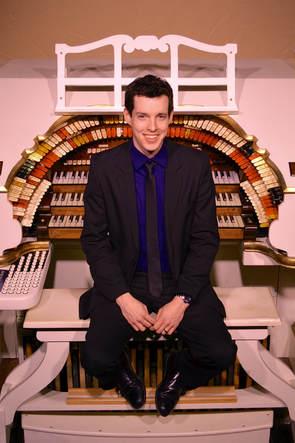 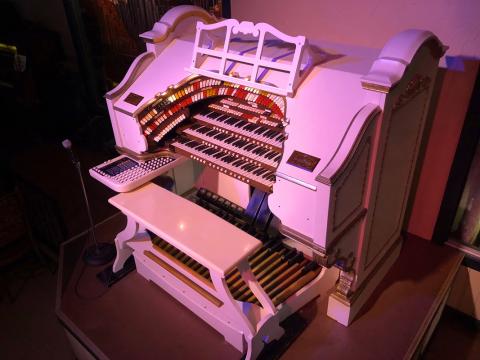 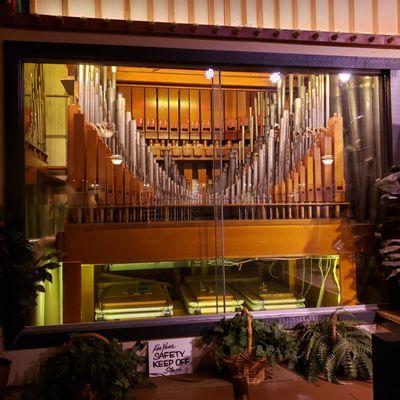