Sought after as a concert theatre organist, classical recitalist and silent photoplay accompanist Scott’s love of music began early in grade school with piano instruction and private study of the organ ensued soon thereafter. As he was already a regular church organist by his Jr. High years he also saw, heard and instantly fell in love with the 1928 Mighty Wurlitzer organ, Opus 1956 in Memphis’ Orpheum Theatre.

His formal education was in organ performance with a double major in voice and concentration in choral conducting. Subsequent private study brought him under the tutelage of the late, great Tom Hazleton.

Within his full time vocation of church music he has served notable congregations nationwide and his choirs have been of the highest regard, even having toured Italy, singing for the Solemn Latin Mass at the Vatican and being presented to His Holiness Pope Saint John Paul II.

Mr. Foppiano moved back to North Carolina several years ago and is a Church Organist-Choirmaster, a Synagogue Organist and Accompanist and is a Sales Specialist and Tonal Director for the A.P. Farmer Organ Company representing the Allen Organ Company of Macungie, PA. His home music room contains a mint 1927 Mason & Hamlin model AA grand piano and an Allen Str-4 theatre/concert organ.

In 2007 he was honored with the title of ATOS Organist of the Year. 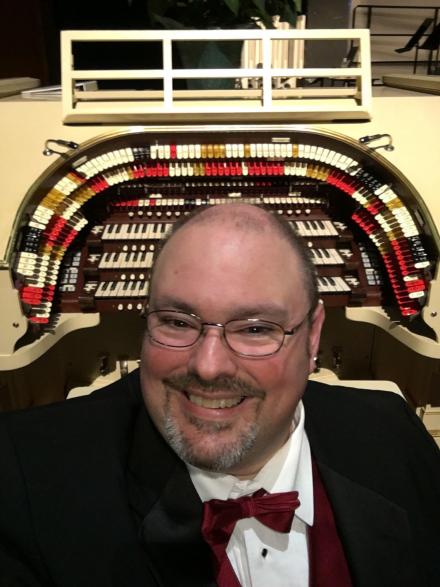