In 1927, the Bartola Musical Instruments Company of Oshkosh, Wisconsin sold Organ 220 to the Garden Theatre in Marshall, Michigan, allowing the trade-in of a Bartola photoplayer sold to the theatre in 1920. The two-manual instrument offered a finished panel console, and featured four ranks; 16' - 2' Stopped Flute, 8' - 4' Open Diapason, 8' - 4' Viol d'Orchestre and 8' - 4' Vox Humana. The only tuned percussions were a 37-note Xylophone and 13-note Cathedral Chimes. A typical Barton trap action included Tambourine, Castanets, Wood Block, Tom-Tom, Cymbal and Bird Song. The organ was heard regularly in the theatre under the capable hands of local organist Maureen Purcell, who played it throughout it's history there. Later, she played an electronic organ around the corner in the legendary Schuler's Restaurant. Even now, there are those who refer to the Barton as "Maureen's Organ."

In 1958, the theatre and organ were sold to the Marshall Civic Players. A regular midnight jam session took place on weekends, with local musicians joining in, always featuring the Barton. It was used there until the theatre building was sold to a regional hardware store chain around 1970. Mark Crissy, of nearby Albion purchased the organ and installed it in his home. Unfortunately, the young Crissy was murdered around 1974, and the organ was sold by the estate. Owners of an antique store in Tekonsha installed it there, which was where Mike and Penny Kinter encountered it around the same time they opened the Mole Hole of Marshall. They purchased the organ and installed it in the gift store shortly after opening in 1977, where organist Victor Barz frequently entertained customers. Coincidentally, the Mole Hole is across the street from the organ's original home at the Garden Theatre. In 1987, the store suffered a devastating fire, which miraculously did not burn up the organ. It did, however scorch the console to the point where it needed new keyboards, relay and combination action, all of which were acquired from Peterson Electro Musical Instruments. At the same time, the organ was equipped with a playback system, which is used frequently. The organ was cleaned, releathered and all electromagnets replaced during restoration of the store..

Over the years, the organ has been expanded with an 8' Waldhorn (Tuba) from a church Kimball, and a Wurlitzer Tibia (Kimball in 8' bass and 2' treble ranges). In addition, a Barton Chrysoglott, Barton Glockenspiel, Barton Cathedral Chimes (20 note) and Wurlitzer Sleigh Bells were added. Plans are currently underway to move the Chrysoglott to an unenclosed location, adding a Barton Bass Drum / Kettle Drum / Snare Drum unit at the same time.

In addition to other events taking place throughout the year, Scott Smith has now performed on the Barton during the Christmas holiday shopping season for 32 years.

The Mole Hole of Marshall is located 150 W. Michigan Avenue in downtown Marshall, Michigan. Ownership of the store has now passed from the Kinters to their daughter, Kristin Holbrook. 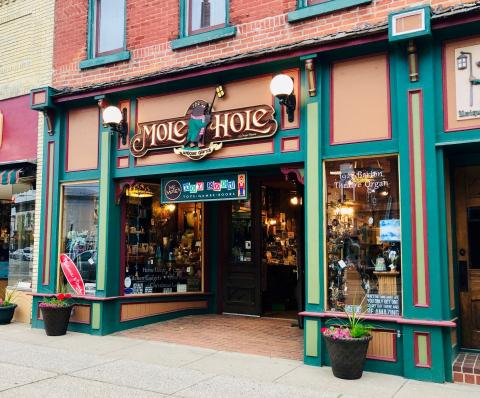 The Mole Hole of Marshall 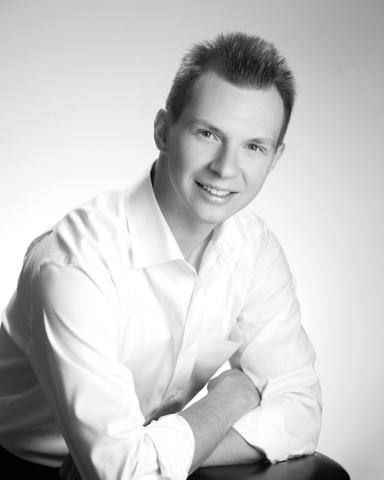 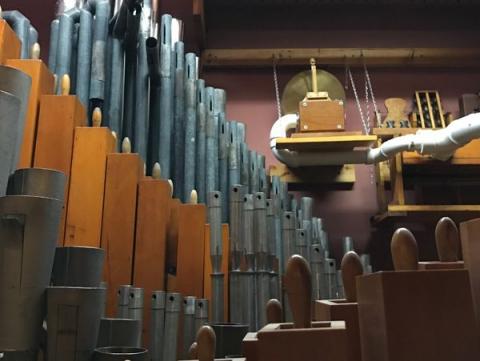 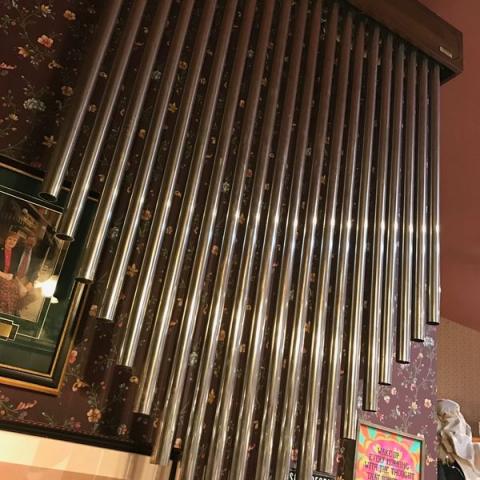 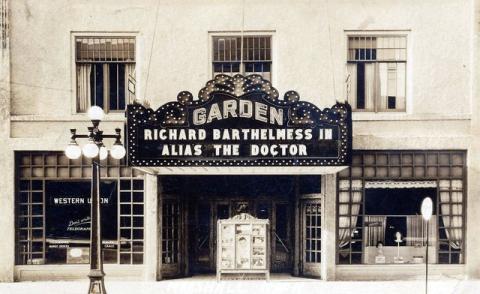