Jonas Nordwall is a native of Portland, Oregon. He learned to play the accordion when he was only four-years-old, and at the age of 16, Jonas performed for King Gustav Adolf during a tour of Sweden. At the age of ten, Jonas continued his musical education by taking piano and organ lessons from Portland teacher, Goldie Pos. At the 1966 American Theatre Organ Enthusiasts convention in Portland, Jonas was a featured artist, playing the Rodgers Model 33-E electronic organ. Jonas studied piano, organ, and orchestration with Arthur Hitchcock and graduated from the University of Portland in 1970 with a Bachelor of Music Degree in organ performance. Additional organ studies were with Frederick Geoghegan, Richard Ellsasser, and Richard Purvis.

Jonas has been the organist at Portland's First United Methodist Church since 1971. He currently holds the title, Artistic Director of Music and Organist. He is the organist for the Oregon Symphony Orchestra and has made several recordings with the orchestra. Jonas was also Senior Staff Organist for ten years at the Organ Grinder pizza restaurant in Portland. An organist equally skilled in both classical and popular music, Jonas has presented concerts all over the world and has produced over 25 highly acclaimed recordings. The American Theatre Organ Society named him Organist of the Year in 1987. He has been a frequent performer at ATOS conventions and at regional conventions of the American Guild of Organists.
He has appeared on television programs in both the United States and Australia, and his recordings are often heard on Pipe Dreams, a syndicated PBS radio program. The design and manufacture of pipe organs and electronic organs has always interested Jonas, and he was associated with the Rodgers Instrument Corporation for over 30 years. Jonas is currently affiliated with the Allen Artists Program. 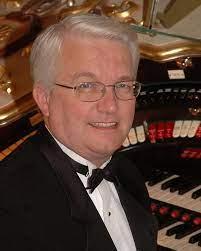