In the first thirty years of the twentieth century, a new art form took America and the world by storm. Cinema. Film. Motion pictures. "The picture show." Whatever one called it, movies captivated the masses in a way nothing else ever had, and our love affair with movies has continued to the present day.

Unlike today, when we are likely to watch movies in a small multiplex theatre, early movie-goers were treated to a much grander spectacle for their nickel. Theatres were larger and more opulent, especially in the bigger cities. While the massive, ornately-decorated downtown theatre quickly became known as the "movie palace," or even the "cathedral of the motion picture," virtually every city neighborhood and small town boasted at least one "Bijou" which would put today's mall multiplex to shame.

In those days, everyone went to the movies. Theatres offered an escape from the troubles of the world. Within their dark, cavernous auditoria, one was pampered by a huge uniformed staff of ersatz servants. The movie might be part of a larger show which included musical numbers and stage acts, and the movie itself was shown not on the miniscule screens of today, but on the "big, silver screen." And, likely as not, that show would include a performance on the giant pipe organ which was installed in the auditorium.

The story of the theatre organ is, in a real sense, the story of the movie palace which housed it; and its existence may be solely attributed to the fact that the movies of the time were silent. In larger theatres, movies were originally presented as part of larger shows, which also included live on-stage acts such as singing and dancing. Music was required for these performances, and theatres employed staff musicians -- sometimes entire orchestras -- to provide live music for the stage acts. In smaller, less affluent settings, a piano would serve as the sole musical accompaniment to this live entertainment. With musicians and instruments at hand, the silent movies were quickly provided the luxury of a musical accompaniment.

But the impresarios who brought these nightly extravaganzas to an eager public were searching for something new and different, and an idea was born. What better way to contribute to the image of the theatre as a "cathedral of the motion picture" than the peal of a mighty pipe organ? An added incentive, surely not lost on these shrewd and competitive businessmen, was the savings afforded by having to pay only one musician, who while playing a pipe organ could produce sounds approaching those of an orchestra of dozens of players 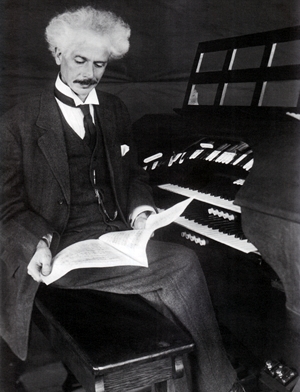 The first pipe organs to appear in theatres were little more than transplanted church organs. While they looked and sounded impressive, they were ill-suited to the performance of the popular music of the day--a necessity in the realm of the theatre. However, the instrument quickly began to evolve into an entirely different type of 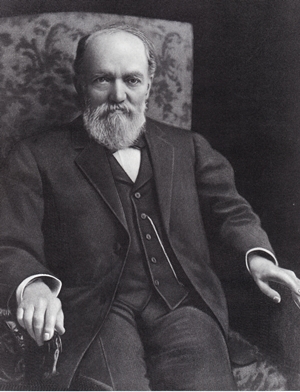 instrument, one which far better suited its intended purpose.

Many of the innovations which led to the perfection of the theatre organ were the work of one man, a brilliant English inventor named Robert Hope-Jones (right). Hope-Jones developed many of his innovative ideas regarding organ design in his native England, but it was not until his arrival in America and his fruitful collaboration with Rudolph Wurlitzer (left) and the Wurlitzer company of North Tonawanda, New York, that many of his ideas were realized.

The product of that collaboration was called "The Wurlitzer-Hope-Jones Unit Orchestra," and although it quickly became just the "Mighty Wurlitzer" in the eye of the public, its official name better reflected its nature. For, with the incorporation of Robert Hope-Jones' ideas, the instrument had truly become a one-man substitute for the orchestra.